The Music on New Era associates with musical styles like Jazz-Fusion, Acid Jazz and Electronic Dance Music. It is influenced by artists such as Miles Davis, The Headhunters and Robert Glasper. The band has been playing together for thirty years, allowing the music itself to become their language. A few years ago, Robert started experimenting with an electronic groovebox giving a foundation and driving beat to New Era.

Robert Rook began his jazz career in 1991 playing with the renowned Dutch guitarist Wim Overgaauw. At the time Robert also completed his study of mathematics at the University of Utrecht. He debuted as a bandleader in 1997 with the album “Introducing Robert Rook“. Robert also made TV recordings for Dutch National Television and for LA Jazz-TV (Los Angeles) He performed at the North Sea Jazz Festival and played as soloist with the Jazz Orchestra of the Concertgebouw. His CDs sold thousands of copies in Japan. New Era is his ninth album.
www.robertrook.nl

Drummer Bart van Helsdingen played for years with many leading jazz and rock ensembles in the Netherlands and also performed solo percussion concerts. Bart composed for documentary films and TV. He has been nominated as best jazz-drummer of the Netherlands in 1988, 1994,1996 and 2002. He also won the Prize for outstanding soloist at Festival bout du Monde, France. Since 2011, he has released three solo albums and recorded a series of unique drum-solo videos.
www.bartvanhelsdingen.com

Thomas Winther Andersen (bass) has toured in Europe and the USA with different musicians and bands. Some of the players Thomas has worked with are: Håkon Storm, Lee Konitz, Michiel Borstlap, John Engels and Jimmy Halperin. Thomas has composed many pieces for various jazz ensembles, big band and chamber music. His compositions have been broadcast on Norwegian and Dutch radio and they are available on album recordings. Thomas also won the Independent music award with the album Spinnaker.
www.twandersen.com

Saxophonist Efraïm Trujillo is a musical director, conductor, arranger and he runs the Studio Themesweg. He plays on major jazz stages with The Preacher Men, New Cool Collective Big Band and he also collaborated with the Amsterdam-based Metropole Orchestra. Efraïm has played at the North Sea Jazz Festival, the Standard Bank Jazz Festival in South Africa, the Tokyo Jazz Festival and many more. In 2019, Efraïm won the Edison Public Award with his group The Preacher Men. He also worked with artists like Oleta Adams, Gregory Porter and George Duke. Currently Efraim is saxophone professor at the conservatory of Groningen.
www.efraimtrujillo.com 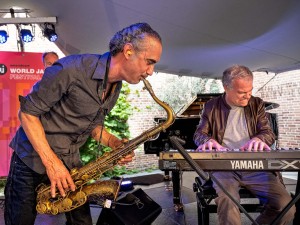 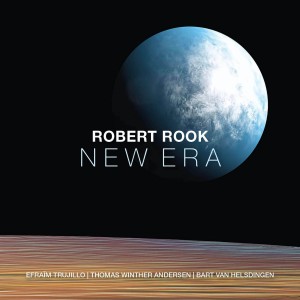